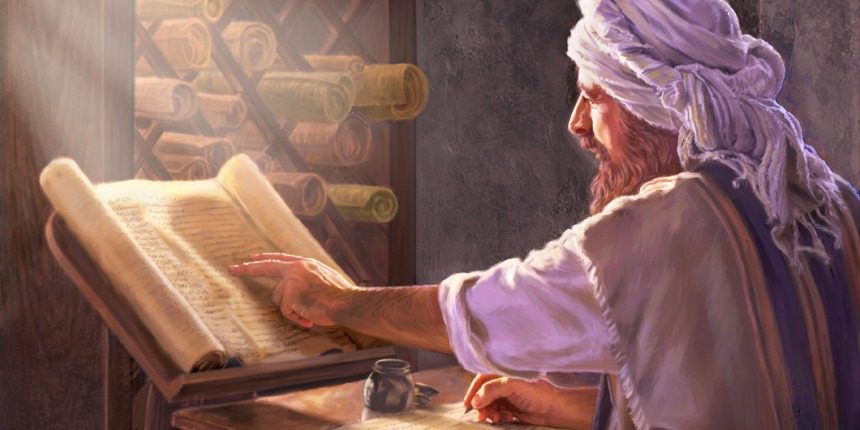 The Parable of the Householder

The last parable in Matthew 13 is often neglected, sometimes not even considered to be a parable — and yet in this unique parable Jesus instructs scribes to bring forth new and old things concerning the kingdom. Who qualifies to be a scribe? What must be understood? What do the ‘new and old’ refer to in this parable? ‘Jesus said to them, “Have you understood all these things?” They said to Him, “Yes, Lord”. Then He said to them, “Therefore every scribe instructed concerning the kingdom of heaven is like a householder who brings out of his treasure [things] new and old”’ (Mat 13:51-52, NJKV).

Did Jesus’ disciples understand ‘all these things’? Carson (1995:331) summarises the situation aptly: ‘Like another positive response in this Gospel (see on 20:22-23), this one cannot be simply dismissed as presumptuous enthusiasm (as if they think they know everything when in fact they know nothing) nor taken at face value (as if their understanding were in fact mature)’.

‘Ezra is the outstanding example of a good ‘scribe’, who from a raised pulpit of wood read the Law correctly and with clear articulation, and then gave the sense or explained and expounded what he read’ (Lockyer 1963:210; Neh 8:1-8). In Matthew, however, scribes are often viewed negatively (Mat 5:20; 9:3; 12:38). This is probably because some of these scribes did not follow Jesus and/or elevated human traditions above God’s commandments (cf. Mat 15:3-8). In the parable of the householder, every scribe who meets certain requirements is viewed positively and granted the privilege and task to explain the mysteries of the kingdom of heaven (Mat 13:11,52). What are these ‘requirements’?

To be a scribe as described in Matthew 13:52 one must be a disciple of Jesus. To become a disciple implies being committed to the Person and teachings of Jesus (Mat 11:27; Bailey 1999:292). Carson (1995:333) convincingly argues that discipleship to Jesus is a prerequisite to understanding and then bringing forth things new and old:

Even if one is a disciple of Jesus, does that necessarily lead to understanding, being able to juxtapose new and old things regarding the kingdom? Jesus’ disciples are given to know the mysteries of the kingdom of heaven (Mat 13:11). But even if his disciples are given these mysteries by God, Jesus still must explain the parables to his disciples (cf. Mat 13:36; Mk 4:34). So, who is the householder in this parable?

In his commentary on Matthew, Carson (1995:332) notes that the householder is ‘a frequent figure in Jesus’ parables and can stand for God (21:33), Jesus (10:25), or disciples (24:43)’. Earlier in this same chapter, a householder was active in the parable of the tares in the field (Mat 13:27) and is, in that parable, the Son of Man (Mat 13:37). Because one is your Teacher, the Christ (Mat 23:8,10), and because these mysteries are given to disciples (“divine passives”, focusing on God who reveals), for that reason it is submitted that the householder in this parable refers first and foremost to Jesus. (Later revelation may confirm this train of thought. Colossians 2:3 states that in Christ is ‘hidden all the treasures of wisdom and knowledge’.) Having said all this, obviously scribal disciples are still in view, it is just that they can only share what the Chief Scribe has revealed to them.

In this parable, the scribal disciple must bring out of his or her treasure things new and old. The word for treasure may refer to the treasure itself (cf. Mat 13:44) or to the storage room in which valuables are kept (cf. Mat 13:51). Some commentators (ex.: Carson 1995:332) hold that the treasure represents a person’s heart, in line with Matthew 12:35. But can you bring forth mysteries of the kingdom of heaven out of your heart? Old Testament prophets and righteous desired to see and hear these things (Mat 13:17), but they could not bring all these things forth out of their hearts. Discipled scribes during Christ’s first advent and thereafter are given the ability to understand these mysteries of the kingdom (Mat 13:11) — and then, only then, can they bring forth things new and old. Similarly, therefore, to the interpretation of the treasure in Matthew 13:44, it is submitted that the treasure refers to the authority and power which belongs to the householder (Jesus) but which here is given (Mat 13:11) to the scribal disciples to be stored in their hearts and then to be displayed for the edification of others.

What are the ‘new and old’ that are brought out of the treasure? Matthew 13 contains mysteries of the kingdom of heaven. The mysteries or ‘new’ in Matthew 13 describe what will happen between the First and Second Advents, whereas the ‘old’ may refer to direct, unconditional prophesies about the establishment of the kingdom of heaven that will only be fulfilled during the Tribulation Period and at Christ’s Second Advent — continuing into the age to come when the Messianic kingdom will have been established (Scholtz 2015:2). In agreement with Bailey (1999:295), the ‘new and old’ can be described as follows:

Israel’s expectation of the coming earthly kingdom, as revealed in the Old Testament, needs to be taught along with the truths of the present interadvent age, the mystery element unknown in the Old Testament. The mysteries (the new element) of the kingdom present what God will do with His kingdom in the world apart from the nation of Israel. Later of course He will fulfil what He said He will do in the future through Israel.

Lockyer, H., 1963, All the Parables of the Bible, Zondervan, Grand Rapids.