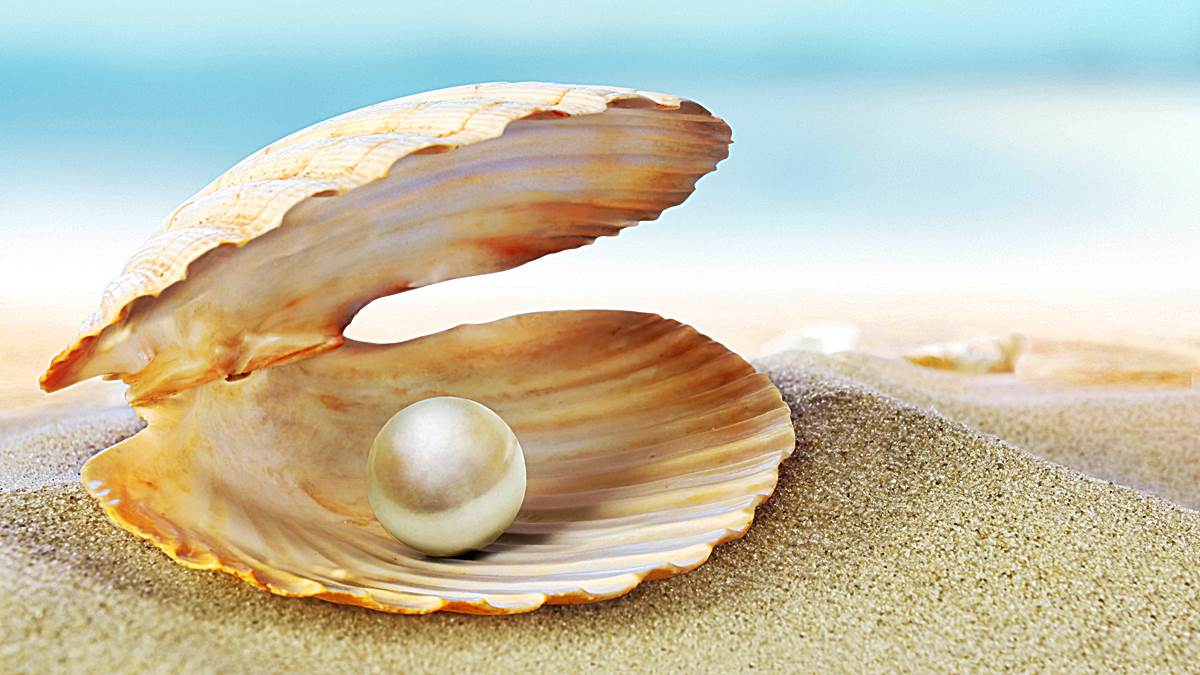 The Parable of the Pearl Merchant

‘Again, the kingdom of heaven is like a merchant seeking beautiful pearls, who, when he had found one pearl of great price, went and sold all that he had and bought it’ (Mat 13:45-46; NKJV). Who is the wealthy merchant who sold all that he had and bought the pearl? A pearl is a unique gem because it is formed in a living organism because of an irritation (or injury) in the tender side of an oyster (Walvoord 1974:105). The pearl grows gradually and remains hidden in the shell of the oyster under the water. What does the pearl represent in this parable? Whereas the parable of the hidden treasure uses the historic-present tense (‘goes’, ‘buys’ and ‘sells’), why in the parable of the pearl merchant are the verbs in the past tense (‘sold’ and ‘bought)?

The Problem that Prompts this Parable

The problem which prompts this parable of the pearl merchant may be presented by a question: Having been to the cross, what is the Son of Man doing during the Inter-Advent Period?

Identifying Referents of the Parable

In Matthew 13, the major authority figure is Jesus Christ. He is the Son of Man who sowed both good seed as well as a mustard seed in ‘his’ field — but that was after he had earlier purchased the field in which the treasure remains hidden. In this parable, the view is that Christ Jesus is the pearl merchant and that the pearl refers to Christ’s inheritance because of his ministry as High Priest (cf. Ps. 110; 20:28, 22:44; 26:28; Scholtz 2015:5-6). Having been to the cross (‘went and sold’), having ratified the New covenant by his blood, and having ascended into heaven, Jesus starts to function in his office as High Priest during the Inter-Advent Period. Christ gives what is holy not to dogs, but to those who want to follow Him (cf. Mat 7:6); He will not cast his pearls before those who cannot be saved (i.e. the devil and his angels).

The parables of the hidden treasure and the pearl merchant describe a great switch: instead of actually exercising the authority to rule (the treasure) as King in the Messianic kingdom, Christ is functioning as High Priest during the Inter-Advent Period. This situation is temporary, for Christ will still exercise his authority to rule when Messianic kingdom is established. This will happen once the chaff, the tares and the bad fish are removed. Meanwhile, from Pentecost onwards, the first fruit of Christ’s pearl ministry is the Church, espoused to the Bridegroom (cf. Mat 9:15; 19:6; 2 Cor 11:2). Some hold that the pearl refers to the Church only (Walvoord 1974:105-106; Toussaint 1980:184), but if the pearl refers to Christ’s High Priestly ministry, this allows the parable to be applicable to later times as well.

What new things do the parables of the hidden treasure and the pearl merchant reveal? It is proposed that the mystery revealed in the parable of the hidden treasure is that, when the Messiahship of Jesus is rejected by ‘this generation’ in Israel, the authority and power granted to Christ to establish and rule the Messianic kingdom on earth is hidden, to be revealed at his second coming. After hiding the treasure, Jesus Christ provided redemption at the cross, sealing and ratifying the New Covenant with his blood. During the Inter-Advent Period, Christ’s pearl ministry includes building His Church (Mat 16:18; 28:18-20), one new body comprising Jew, Samaritan and Gentile believers (cf. Mat 10:5-6), forming the bride of Christ (cf. Mat 9:15). As an espoused bride, believers in Christ must live holy lives, for Christ’s inheritance is not to be thrown before swine (cf. Mat 7:6).

When Jesus was on the cross, one of the soldiers pierced His side with a spear, and immediately blood and water came out (Jn 19:34). Like a pearl which forms because of an injury in the tender side of an oyster, so too is the first of Christ’s inheritance, the Church, being formed gradually in Christ. At some stage, however, the merchant will reveal the pearl for all to see.