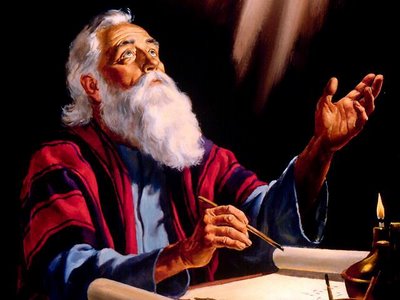 The Prayer in Daniel 9

We have been discussing various aspects of prayer and today we focus on the well-known prayer in Daniel 9. Daniel 9 is well-known, but not because of the first 23 verses of this chapter. And yet, this prayer by one of the wisest and godliest men who has ever lived (cf. Ezekiel 14:14, 20; 28:3), should not be divorced from the remarkable prophecy which God gave Daniel via the angel Gabriel (Daniel 9:20-27). If the prayer is better understood (Daniel 9:1-19), perhaps God’s prophetic answer will likewise be understood better (Daniel 9:24-27).

It has been almost 70 years since the Babylonian captivity started. According to God’s Word, the second of the four Gentile empires recently came into power (Daniel 2; 7-8; 9:1). On that same night that the handwriting on the wall appeared, Belshazzar was slain and Babylon fell (Daniel 5; cf. Jeremiah 25:11-12). The Persian Empire existed from October 539 BC until 333 BC, when Alexander the Great took control of Babylon and the third Gentile empire came into power. But according to God’s Word, “after 70 years are completed at Babylon, I will visit you and perform My good word toward you, and cause you to return to this place [Jerusalem, Israel]” (Jeremiah 29:10). So in the first year of Darius the son of Ahasuerus (i.e. Cyrus), Daniel understands from the books the number of years specified by the Word of the LORD, and he starts to pray (Daniel 9:1-3a).

The seventy-year prophecy of Jeremiah was fulfilled in one of the following two ways (see Constable 2016:112-114 for a detailed discussion): If Daniel was part of the first deportation of Jews out of Israel to Babylon in 605 BC, and if he prayed this in the year 539 BC, then about 67 years had passed. According to Ezra 3:8, the reconstruction of the temple began in 536 BC, 70 years after the first deportation. If the focus is on Nebuchadnezzar who destroyed the temple in Jerusalem in 586 BC, then one may note that according to Ezra 6:15, the temple was rebuilt by 515 BC, 70 years after it had been destroyed. Note that Daniel interpreted the prophecies in Jeremiah 25 and 29 literally, not allegorically or spiritually, but literally. And God fulfilled these prophecies literally, i.e. after 70 literal years.

Daniel Prays that God’s Will be Done

God’s sovereign plans will surely come to pass and God will certainly fulfil all unconditional prophecies and promises that He has made. But this does not mean one should not pray about it. Rosscup (1992:50) states it well: “As events advance toward His appointed fulfillment, He appeals to mankind to be prayerfully involved in his work, and these prayers do make a difference to God.” As Jesus would later instruct (cf. Matthew 6:10), Daniel prays that God’s will be done. As he did in Daniel 2, 7 and 10, Daniel prays for the fulfilment of God’s divine program, which in itself was a fulfilment of the prophetic portion of Solomon’s prayer when the first temple was inaugurated (1 Kings 8:33-36; Rosscup 1992:47).

Daniel’s prayer contains an adoration of God (Daniel 9:4), confession (vv. 5-15) and a petition for Israel’s restoration (vv. 16-19). Daniel emphasises the greatness, faithfulness and mercy of God (v. 4). “Because He is so great, He should be feared by Israel. Because He faithfully keeps His covenants and shows lovingkindness, there was hope for Israel, if it would repent and love and obey God” (Showers 1982:113). Daniel prays an honest and genuine prayer of repentance, holding nothing back and confessing Israel’s sins. Even though Israel has been given a great position as head of the nations, it acted shamefully (vv. 5-8), unfaithfully and disobeyed the Law of Moses (vv. 10-11). God acted righteously by doing what He said He would if Israel disobeyed Him (vv. 12-14).

Just as was the case in verse 4, Daniel’s petition for restoration in verse 15 starts with God’s greatness and God’s Name (cf. ‘hallowed by thy Name’ – Matthew 6:10). God has already demonstrated His power by rescuing Israel from Egypt and Daniel requests God to be merciful and again rescue Israel, for this will bring glory to God’s Name (Daniel 9:15-18). Notice what exactly Daniel asks God to restore:

All this is requested, not because Israel deserves it, but because of God’s mercies (v. 18b).

How We Ought to Pray

Whatever else one makes of the famous prophecy of Daniel 9:24-27, it cannot and must not be divorced from the immediate context as presented in Daniel 9:1-23. Israel’s complete restoration should also not be divorced from the rest of Daniel’s prophecies, for only after the Times of the Gentiles with its four Gentile empires will the Son of Man rule the world in terms of the Davidic Covenant (cf. Daniel 2:44-45; 7:13-14). Israel’s control over Jerusalem and any temple in it will remain temporary until the Times of the Gentiles be fulfilled (cf. Luke 21:24). Until then, Jesus commanded us to pray to the Father that “Your kingdom come” (Matthew 6:10; cf. Daniel 9:4-19). When He comes on the clouds of heaven with power and great glory, the Lord Jesus Christ will establish the Messianic kingdom and the prophetic answer to Daniel’s prayer will at long last be completely fulfilled (Daniel 9:24-27; Matthew 24:30).

Showers, R.E., 1992, The Most High God: A Commentary on the Book of Daniel, The Friends of Israel Gospel Ministry Inc, Bellmawr.

If you would like to read more about prayer, see the following articles by Dr Arnold Fruchtenbaum: