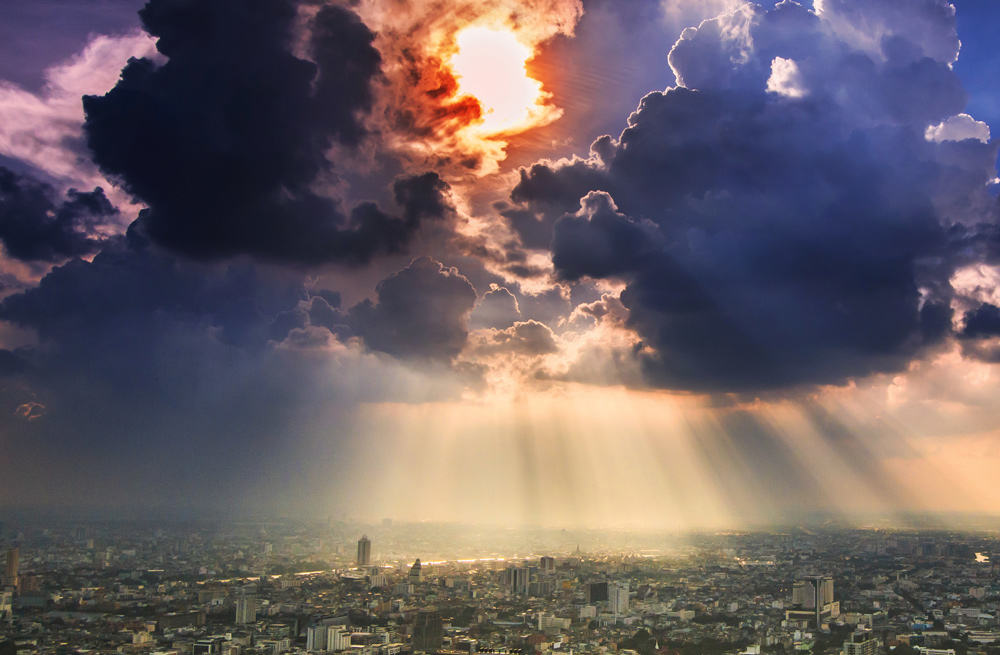 The topic of the rapture is important. It should be preached in local churches. Unfortunately, many believers divide over this doctrine. Today we start an investigation into the rapture by focusing on only one question: Who will be raptured?

Read 1 Thessalonians 4:13-18 (NKJV) carefully in order to answer the question about who will be raptured: ‘But I do not want you to be ignorant, brethren, concerning those who have fallen asleep, lest you sorrow as others who have no hope. For if we believe that Jesus died and rose again, even so God will bring with Him those who sleep in Jesus. For this we say to you by the word of the Lord, that we who are alive and remain until the coming of the Lord will by no means precede those who are asleep. For the Lord Himself will descend from heaven with a shout, with the voice of an archangel, and with the trumpet of God. And the dead in Christ will rise first. Then we who are alive and remain shall be caught up together with them in the clouds to meet the Lord in the air. And thus we shall always be with the Lord. Therefore comfort one another with these words.’

Two groups of believers are identified in 1 Thessalonians 4:13-18. The first group is believers who have already ‘fallen asleep’ (v. 13), that is, believers who have already physically died. These believers ‘sleep in Jesus’ (v. 14); they are called the ‘the dead in Christ’ (v. 16). What is meant by the phrase ‘God will bring with Him those who sleep in Jesus’ (v. 14b)? Since Christ’s ascension, paradise is in Heaven. When a believer dies, his or her immaterial part (soul, spirit) separates from the physical body and this immaterial part goes to paradise in Heaven. So when Christ returns in the clouds in the air (v. 17), He will bring with Him the immaterial part of those believers that died ‘in Christ’. Verse 16b says that the ‘dead in Christ will rise first’, so these believers will be the first to receive their glorified bodies.

The second group mentioned in 1 Thessalonians 4:13-18 is believers ‘who are alive and remain’ (vv. 15, 17) and who shall then, immediately after the ‘dead in Christ’ have received their glorified bodies, be caught up together with them in the clouds to meet the Lord in the air (v. 17). The physical bodies of believers who are alive when the rapture happens will be translated into glorified bodies and be ‘caught up’ (Greek: harpazo; Latin: raptura; English: rapture).

Another relevant text to consider is 1 Corinthians 15:51-52: ‘Behold, I tell you a mystery: We shall not all sleep, but we shall all be changed — in a moment, in the twinkling of an eye, at the last trumpet. For the trumpet will sound, and the dead will be raised incorruptible, and we shall be changed’.

From 1 Corinthians 15:51-52 the same two groups can be seen as was noted in 1 Thessalonians 4:13-18: one group is ‘the dead’ who will be raised incorruptible (v. 52) and the second group is those who do not sleep, i.e. those believers who have not physically died (v. 51). Whereas the dead will be raised incorruptible, meaning they will receive their glorified bodies, believers who have not yet physically died will have their perishable bodies translated into glorified bodies.

In Christ, a Reference to Believers in the Church Age

How does this help to identify who will be raptured? The first line of evidence is to focus on the words ‘dead in Christ’, or those who sleep ‘in Jesus’ (1 Thessalonians 4:14, 16). Who are these believers? It is submitted that these are Church age believers who have died since Pentecost. John the Baptist promised that Christ would baptise with the Holy Spirit (Matthew 3:11-12). In Matthew 16:18, Jesus said that He will (future tense) build his Church. The resurrected Lord repeated the promise that He would baptise with the Holy Spirit in Acts 1:5. That promise came true on the Day of Pentecost when the Church was born in Acts 2 — something that the apostle Peter affirms in Acts 11:15-17 once he had once-and-for-all used the keys of the kingdom of heaven to open the spiritual door of the kingdom of heaven to three groups of believers (Jews in Acts 2; Samaritans in Acts 8; and Gentiles in Acts 10-11). Importantly, the Church could not have been established until Jesus Christ had been resurrected from the dead (Ephesians 1:19-20). Moreover, the Church could also not have been established until Christ had ascended into heaven, for spiritual gifts could only be given thereafter (Ephesians 4:7-12). The Church began on the Day of Pentecost (Acts 2) and will be completed at the rapture.

Again, how does this help to identify who will be raptured? The Church is comprised of all those who have been born of the Spirit of God and who have by that same Spirit been baptized by the Holy Spirit into the Body of Christ (1 Corinthians 12:13). As Fruchtenbaum (2005:5) notes, throughout ‘his writings, Paul uses terms such as in Christ, in Jesus, in Christ Jesus, in him, in whom, in the Lord, in a very technical way, referring to those who were baptised by the Spirit into the Body of Christ, the Church’. Therefore, Church age believers are ‘in Christ’, whether they have physically died (the ‘dead in Christ’) or whether they are physically alive (not sleeping). So the ‘dead in Christ’ mentioned in 1 Thessalonians 4:13-18 and referred to in 1 Corinthians 15:51-52 are the Church age saints who have physically died since Pentecost but they will be raptured along with those Church age saints that are physically alive when the rapture occurs.

A second line of evidence can be presented to argue that only Church age saints will be raptured. 1 Corinthians 15:51 speaks of a mystery. The Biblical definition of a New Testament mystery is something that God did not directly reveal previously. For example, when Jesus revealed the mysteries of the kingdom of heaven in Matthew 13, He was revealing things hidden since the foundation of the world (13:35). Old Testament saints knew they were one day going to be resurrected. This is clear from a text like Daniel 12:1-2 and Jesus also explained to the Sadducees that God will resurrect His saints (Matthew 22:23-33). But 1 Corinthians 15:51 speaks of an event which is a mystery, something not known until God revealed it to Paul and inspired it in the text. Since 1 Corinthians 15:51-52 cannot refer to the resurrection of Old Testament saints because resurrection was well known in the Old Testament, the resurrection and rapture of all those ‘in Christ’ must refer to Church age saints.

We therefore believe that only Church age saints will be raptured.

If you would like to find out more about the rapture, we suggest you read the original article by Dr Arnold Fruchtenbaum, ‘The Rapture of the Church’.