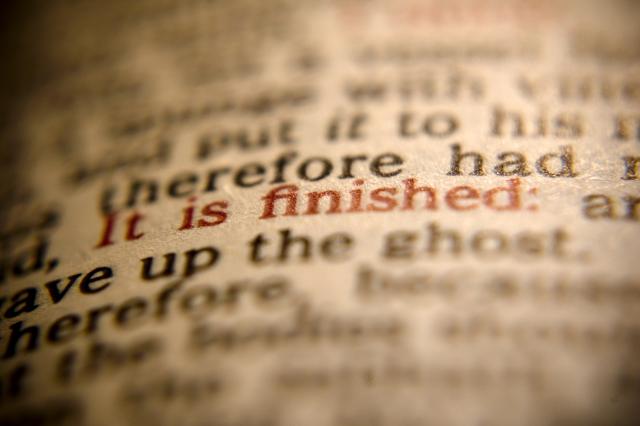 The Results of the Death of Christ

Previously in this series of articles on discipleship we asked why Christ had to die, but today we ask: What specific results did the death of the Messiah bring forth?

1. The basis for deferring righteous divine judgment: Humankind’s sins are such that God has every right to judge immediately. Nevertheless, God is delaying and deferring judgement because of the death of the Messiah so that every human being has an extended opportunity to accept God’s free grace. Both Peter, the apostle to the circumcision (1 Peter 3:20; 2 Peter 3:9, 15) as well as Paul, the apostle to the uncircumcision (Romans 2:4-5; 9:22), were both inspired by the Holy Spirit to teach these truths. The death of the Messiah is the reason why divine righteous judgement has been deferred.

2. The grounds for forgiveness and cleansing: The death of the Messiah is the basis of forgiveness of sins unto salvation, that is, for justification, sanctification and ultimately glorification. Christ also cleanses the believer of sins subsequent to being saved, that is, in the family-forgiveness sense. See 1 John 1:1-2:2.

4. The judgment of the sin-nature: The death of Jesus rendered inoperative the reigning power of the sin-nature. The sin-nature that human beings have is not dead, but believers are no longer obligated to obey its demands as he or she was doing before they were saved. Believers are free from the domination of the sin-nature; we are to be dead to our sin-nature and obey our new nature in Christ which we received when we became saved (cf. Titus 2:11-14). This is discussed by the apostle Paul in Romans 6:1-8:13.

5. The spoiling of principalities and powers: The death of the Messiah brought results not only in the human sphere, but also in the angelic sphere. The death of Jesus Christ accomplished the judgment of Satan, his evil world system (John 16:8, 11) and also his entire demonic cohort (Colossians 2:14-15).

10. The end of the Law of Moses: The death of the Messiah brought the Law of Moses to an end by means of fulfilling it. In the context of a passage that deals with how a Gentile is saved, namely Acts 15:10-11, the conclusion of the Jerusalem Council was that Gentiles do not need to keep the Law of Moses to be saved, for they are saved purely by grace through faith, plus nothing. If Gentiles need not keep the Law of Moses, it means the death of the Messiah brought the Law to an end, for if the Law of Moses were still in effect, Gentiles would have been obligated to keep it. Romans 10:4 teaches that “Christ is the end of the law unto righteousness to everyone that believes” (cf. Romans 3:21-22; 4:13-16). This is also taught in Galatians 3:19 which states that the Law of Moses was added because of transgressions “till the seed should come to whom the promise had been made”. Now that Christ has come, His death has disannulled the Mosaic Law and brought in the New Covenant, which is the basis for the Melchizedekian priesthood (Hebrews 7:11-12, 18). Hebrews 7:19 teaches that there is no sanctification or perfection through the Law because the Law made nothing perfect. Believers today are not under the Mosaic Covenant as elaborated in the Law of Moses, but believers are under the New Covenant as elaborated in the Law of Christ — which is the topic of the next article in this series.