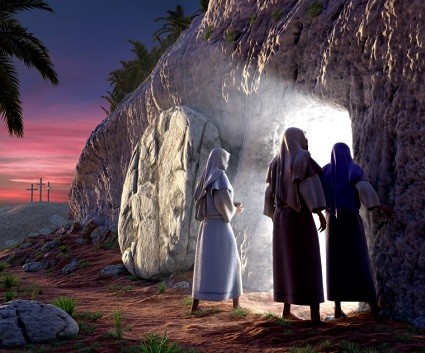 The Resurrection of the Messiah

Concerning the resurrection of the Messiah, have you considered the order of events from the dawning of resurrection day until Christ’s appearance to his eleven apostles just before His ascension? What are the theological implications, results and significances of Christ’s resurrection?

The article by Dr. Arnold Fruchtenbaum that is part of the Come and See discipleship course, discusses the resurrection of the Messiah in detail. By comparing and harmonising the various Gospel accounts, Fruchtenbaum presents the history of the resurrection in the following order: After the dawning of the day of resurrection, the tomb is opened, followed by the arrival of the women and their subsequent reports. Then the resurrected Messiah appears to various people and people groups: first to Mary Magdalene, then to the women — we learn in the meantime of the report of the guards — before Christ appears for the third time, this time to the two disciples on the Emmaus road. Christ’s fourth appearance after his resurrection is privately to Peter, then also to the other ten apostles, thereafter to seven apostles and then to 500 of Christ’s disciples. The next historical event is the great commission that Christ commands. Then Christ appears to James and then another appearance to the eleven apostles just before Christ’s ascension. As noted, Fruchtenbaum’s discussion of the history of the resurrection is detailed, the result of the harmony of various Gospel accounts and worthy of your attention.

It is doubtful whether any human being can exhaust the theological importance and significance of the resurrection of Jesus Christ. This stupendous event in history is part of the gospel and must be believed (cf. 1 Corinthians 15:1-4). Of course, many don’t believe Christ was resurrected from the dead and have come up with various theories to discredit the resurrection, ranging from the obviously stupid to the highly disingenuous. As discussed in the afore-mentioned article, these false theories about the resurrection include the conspiracy to lie theory, the stolen body theory, the swoon theory, the wrong tomb theory, the spirit theory, the hallucination theory and even a wild animal theory.

Many people have tried to discredit the death, burial and resurrection of Christ, only to have become convinced by the evidence, turning from atheism to faith in Jesus Christ. For example, read Lee Strobel’s The case for Christ or Josh McDowell’s Evidence that demands a verdict.

Christ’s resurrection was prophesied in the Old Testament, not only via direct predictive prophecies (Psalm 16:9-10; 22:22-31; 118:22; cf. Acts 4:10-11), but also indirectly through types (Genesis 14:18-20 and Hebrews 7:15-25; Leviticus 14:4-7; 1 Corinthians 15:20-24). Christ himself also predicted his resurrection on numerous occasions (Matthew 16:21; 17:22-23). That He is indeed risen can be proved by pointing to the empty tomb, numerous eyewitness accounts, post-resurrection appearances by Christ, the remarkable transformation of people who knew Christ before and after his resurrection, the testimony of the New Testament concerning Christ’s resurrection as well the existence of the Church. The aforementioned article also contains an insightful discussion about Christ’s resurrection body.

Four reasons can be mentioned why Christ was resurrected. First, because of who Jesus Christ is (cf. John 1:4; 5:26), God the Father could not leave Him dead and so Christ was resurrected. Second, to fulfil the Davidic covenant that promised an eternal descendant of David. Third, so that Christ could become the source of eternal life to all believers (John 10:10; 11:25-26) and fourth, so that Christ can become the source of resurrection power (cf. Matthew 28:18-20; Ephesians 1:19-20).

—————————————-
This post partially summarises Dr Arnold Fruchtenbaum’s The Resurrection of the Messiah.