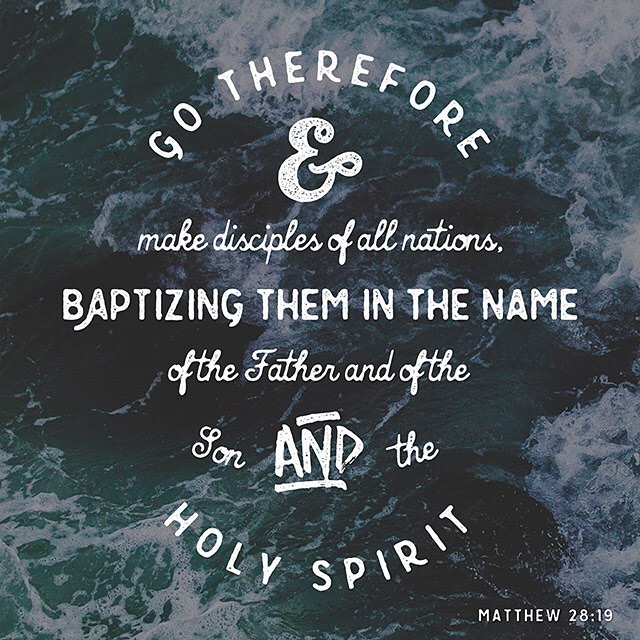 Throughout history there has been resistance against the concept of the Trinity, or Tri-unity of God. “How could God be one, and how could God be three?” This seems to be a contradiction. Disciples of Jesus, however, find this answer in the Scriptures: There is only one God, but in the unity of the Godhead there are three eternal and co-equal Persons; the same in substance or essence, but distinct in subsistence or existence.

Today’s message is about the Trinity.

As noted, the concept of the Trinity has been a bane of contention. During the Church age, five major errors concerning the doctrine of the Trinity have been noted, errors that have been swirling around for literally thousands of years and yet are still misleading people, if not by the thousands, then by the tens of thousands. For example, the ideas of Arianism and Socinianism are as old as the mountains, but which cults still adhere to this false teaching today? Or which Swiss “theologian of the century”, known for his commentary on Romans (1918), held to Sabellianism? The article by Dr Fruchtenbaum referenced below, tells you more about the five errors regarding the doctrine of the Trinity.

The only way to prove the Trinity of God is with God’s special revelation, that is, with the Bible. The proofs are mainly grammatical-linguistic.

Regarding the plurality of the Godhead, one can focus grammatically and linguistically on the Bible’s use of the plural noun Elohim, on the plural verbs used with Elohim, on the fact that the noun Elohim is applied to two Persons, or to show that the Name YHVH is applied to two Persons. Another way to show the plurality of the Godhead (among others mentioned in Fruchtenbaum’s article), is to focus on the Angel of the LORD, or on the Holy Spirit. This study is done for both the Old and New Testaments.

This message is a partial summary of Dr. Arnold Fruchtenbaum’s article about the Trinity – we encourage you to read it. While reading the article, you may discover some interesting things, such as:

When Eve had her first son, who did she think he was?

Whenever the Old Testament refers to the Angel of the LORD, what is this Angel also named in the very same contexts?

Which four texts in Isaiah clearly teach the Trinity of the Godhead?

What are the works of God and Who is capable of doing these works?

Our next post will focus on God the Father.