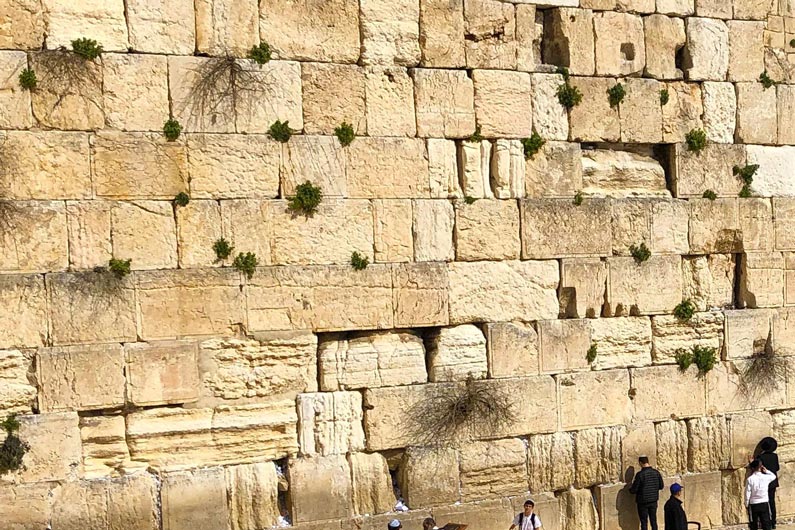 The Ministry of the Two Witnesses

Zechariah refers to two olive trees, to two anointed ones that stand beside the Lord of the whole earth (Zech 4:3, 14). In Revelation 11:4, the two witnesses are described as the ‘two olive trees and the two lampstands standing before the God of the earth’. The situation is similar but not quite the same: in Zechariah 4:2 and 4:11 there is only one lampstand, but in Revelation 11:4 there are two lampstands (cf. Hocking 2014:379). It appears that the two witnesses of Revelation 11 will have a ministry similar to what Joshua and Zerubbabel had in the days of Zechariah (see Zech 4:3). When the Jewish remnant returned from Babylon, God used Joshua and Zerubbabel as two witnesses to call Israel back to God and to restore the Jews to their land (cf. Thomas 1995:89). God gave Joshua and Zerubbabel the authority to sacrifice on an altar even before the temple had been rebuilt (Whitcomb 2011). The two witnesses will similarly minister in the Tribulation Period, probably on the Temple Mount in Jerusalem, and with God’s protection (cf. Rev 11:5).

At a specific stage in history, the testimony of the two witnesses will be completed (Rev 11:7a). Only then will the antichrist be able to kill them, but God will raise the two witnesses from the dead after 3,5 days and take them to heaven (Rev 11:11–12).

When will the Two Witnesses Minister?

For the above reasons, I believe the two witnesses will perform their ministry during the first half of the Tribulation Period.

Who are the Two Witnesses?

The Bible does not say who the two witnesses of Revelation 11 will be. Much of what the two witnesses will do in the future reminds one of what Elijah and Moses did in the past. Furthermore, Moses and Elijah were with Christ on the Mount of Transfiguration, probably as representatives of the Law and the Prophets (cf. Mat 17:1–8). There is no doubt that “Elijah is coming first, and will restore all things” in Israel (Mat 17:11) — for John the Baptist did not restore all things (Scholtz 2016:9). The last prophecy of Malachi is clear, but perhaps one should also emphasize verse 4: ‘Remember ye the law of Moses my servant, which I commanded unto him in Horeb for all Israel, with the statutes and judgments. Behold, I will send you Elijah the prophet before the coming of the great and dreadful day of the LORD: And he shall turn the heart of the fathers to the children, and the heart of the children to their fathers, lest I come and smite the earth with a curse’ (Mal 4:4–6). If I must speculate, then my speculation is that Moses and Elijah will be the two witnesses.

The two witnesses will play an important role in the end times. They will prophesy in Jerusalem (Rev 11:8) for 1260 days, probably from the Temple Mount. They will call on Israel and the nations to repent, for the kingdom of heaven will then be near (cf. Mat 4:17; 24:14). It is possible that the two witnesses’ proclamation of the gospel will lead to the salvation of the 144 000 Jewish men who will likewise proclaim the gospel of the kingdom during the Tribulation Period (cf. Mat 10:16–42; 24:14; McClain 1959:458). Only when the two witnesses have completed their testimony will the antichrist be able to kill them, but 3,5 days later God will raise the two witnesses from the dead and they will ascend into heaven.

Woods, A.M., 2019, ‘Not by Might nor Power’, Sugar Land Bible Church.
Sermon available at: https://slbc.org/sermon/revelation-032-not-by-might-nor-power/