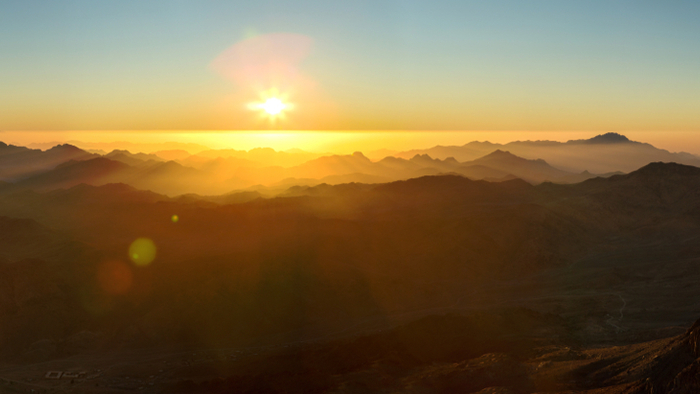 Will believers one day float on a cloud, play the harp and basically be bored? This secular depiction of the “kingdom” is popular, but of course, it is utterly false. This is not the kingdom that Christ says we must seek first (cf. Mat 6:33). Teaching about the doctrine of the kingdom is important; it was the central theme of Christ’s ministry during his first coming (cf. Mat 4:17, 23; 9:35; 10:5-7). Jesus did not refer to an abstract, over-spiritualized kingdom. So important is the doctrine of the kingdom, that Jesus again taught his apostles ‘about the things of the kingdom of God’ during the 40 days before his ascension (Acts 1:3). How can the kingdom of God be understood, and to which kingdom did Jesus refer to in the Gospels?

A kingdom envisages first, a ruler with the right to rule; second, a realm to be ruled (in terms of space and persons); and third, the actual exercise of the function of rulership (cf. Barrick 2012:176; Vlach 2017:28-29). Note that all three aspects of a kingdom must simultaneously be present before one can refer to a functioning kingdom.

The Universal Kingdom of God

God created the heavens and the earth (Gen 1:1). All three aspects of a kingdom are simultaneously present: As Creator, God has every right to rule, the Father rules over all that has been created – and He actively exercises the function of rulership. In summary, God rules! Beacham (1996:235) defines the universal or eternal kingdom of God as ‘God’s macrocosmic rule through his exclusive, sovereign dominion over all of creation, a rule without pause or end’.

According to Psalm 145:13, God’s universal kingdom is everlasting: ‘Your kingdom is an everlasting kingdom, and Your dominion endures throughout all generations.’ Psalm 103:19 states that God’s kingdom is universal, for God rules over all: ‘The LORD has established His throne in heaven, and his kingdom rules over all.’ The universal kingdom of God is everlasting and universal over all in heaven and all on earth; the kingdom, the throne, power, glory, majesty and victory belong to God (1 Chr 29:11; Ps 103:19; 145:13).

The Mediatorial Kingdom of God

Within God’s universal kingdom, there is a smaller domain, namely the earth. God delegates to humankind the authority to rule on God’s behalf over the earth. According to Psalm 115:16, the ‘heaven, even the heavens, are the LORD’s; but the earth He has given to the children of men.’ Although God is enthroned in heaven over his universal kingdom, God has given human beings, which He created in His image, the task of ruling over the earth on his behalf (Gen 1:26-28; Ps 8; Heb 2:5-8). Within the over-arching universal kingdom of God, there exists a more limited kingdom, an earth-oriented and time-related kingdom which can be called the mediatorial kingdom of God (cf. Beacham 1996:235).

After Adam’s fall, God promised that He will restore humankind’s kingdom rule over the earth (cf. Gen 3:15). This will be achieved through a descendant of Abraham, more specifically, through a descendant of David, whose throne shall be established forever (cf. 1 Chr 17:14). The Old Testament teaches that God will appoint the Messiah to rule not only over Israel, but over all the nations of the earth (Isa 2:2; Dan 2:44-45; Zech 14:9). Revelation 11:15 states that after the seventh angel blows the trumpet, ‘the kingdom of the world has become the kingdom of our Lord and of his Christ, and he shall reign forever and ever.’ Much of the Bible’s storyline is about the Last Adam restoring what the first Adam lost.

The mediatorial kingdom of God on earth is characterized by two phases, namely the theocratic kingdom and then the Messianic kingdom. The theocratic kingdom was an Israelitish kingdom over which God ruled. This kingdom came into existence at Mount Sinai but ceased when God’s glory left the temple in Jerusalem (Ezek 8-11), when Israel was taken into Babylon. Since then, we are in the Times of the Gentiles. Nevertheless, the prophets prophesied to Israel that the kingdom will be re-established. Beacham (1996:236) writes that ‘God was not finished with this kingdom. The Old Testament prophets who had forecasted its demise also consistently foretold its consummate restoration (Lv 26:40−46; Ezk 11:14−20; Hs 1:10−11)’. This kingdom will be restored after four Gentile kingdoms had ruled the world (Dan 2, 7).

This is the kingdom that John the Baptist, Jesus Christ and the apostles offered to Israel. In Matthew and the other Gospels, the kingdom offered to Israel was ‘at hand’, it was at the point of being established, but first Israel had to repent and place her faith and trust in the King, the Lord Jesus Christ (cf. Mat 3:2; 4:17; 10:5-7). Under the religious leadership of that time, however, ‘this generation’ of Jews rejected Christ (cf. Mat 11:16; 12:23-32, 39, 41-42, 45). As a result, the Messianic kingdom will only be established at Christ’s second coming (cf. Mat 19:28; 23:39; 25:31, 34). This explains why the apostles asked Jesus, “Lord, will You at this time restore the [theocratic] kingdom to Israel?” (Acts 1:6). The apostles were correct to expect the re-establishment of the theocratic kingdom, that is, the Messianic kingdom, but wrong about the timing, for the times and seasons the Father has put by his own authority (cf. Acts 1:7). Between Christ’s first and second coming to the earth, He is building his Church, his bride, a body made up of believers from all the nations.

When He returns to the earth, the Lord Jesus Christ will establish the Messianic kingdom and reign for a thousand years. Just as Adam and his wife was to rule over the earth, so Christ and his wife, the Church, will rule in the millennium. Other believers – be they Old Testament believers or believers that died during the Tribulation Period – can also receive authority from Christ to rule in the millennium. Israel is an important part of God’s plan in Christ, but the Messianic kingdom is not meant for believing Jews only. Non-Jewish believers will also inherit the kingdom (cf. Mat 8:11-12; 25:34). Only believers can enter the kingdom when Christ establishes it, for unless one is born of water and the Spirit, he or she cannot enter the kingdom of God (cf. Jn 3:3-5). After the thousand years, and after defeating the final enemy, Christ will continue to reign in the eternal state.

The kingdom of God is a central theme of the Bible. After the angelic fall and Adam’s fall, God is working to restore everything (cf. Gen 3:15). The kingdom is not a spiritual escape to wispy clouds in the sky. On a changed planet earth – but not yet the new earth – Israel and the nations as well as the glorified Church will serve our great God and King, the Lord Jesus Christ. Only in the eternal order will everything be perfect, but during the millennium every aspect of life on earth will experience a golden era. At the end of the millennium, when the last rebellion has been eliminated and last enemy has been destroyed, Christ will hand over the mediatorial kingdom to the King of the universal kingdom, that is, to God the Father (1 Cor 15:24-28). But today disciples of Christ still pray that the kingdom will come, and that God’s will be done, on earth as it is in heaven (cf. Mat 6:9-10).