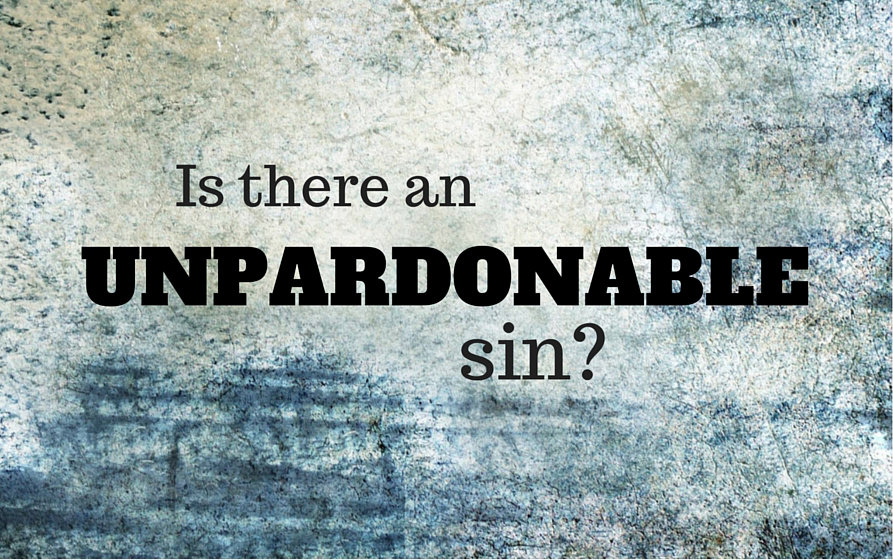 What is the unpardonable sin or blasphemy against the Holy Spirit? Can this sin be committed today?
Tweet

The unpardonable sin cannot be committed today. The only context in which the unpardonable sin is described is in the Synoptic Gospels where ‘this generation’ in Israel blasphemed the Holy Spirit by rejecting the works that Jesus Christ performed (Matthew 12:22-45; Mark 3:22-30; Luke 11:14-26). Jesus was thus not accepted as the Messiah and so the establishment and restoration of the Messianic kingdom on earth was postponed. What happened?

In God’s sovereignty and through the work of the Holy Spirit, the Messianic kingdom will be restored and established on earth when a generation of Jews come to faith in the Messiah, accepting and following the person that God has anointed as king of Israel, Jesus Christ.

According to Old Testament prophecies — see Isaiah 32:15-20; 44:3-5; Jeremiah 31: 31-34; Ezekiel 39:25-29; Joel 2:28-3:1 and Zechariah 12:8-13:1 — ‘all Israel will be saved’ and the Holy Spirit will be poured out over Israel just before the restoration and establishment of the Messianic kingdom on earth. The problem was that many Jews living during the time of Christ’s first coming thought that they would automatically enter the kingdom just because they are physical descendants of Abraham.

Against this Jewish misunderstanding and false teaching that all Jews of all time automatically inherit the age to come (cf. Matthew 3:7-10; 6:33; 12:32) due to the merits of the patriarch-fathers (cf. Matthew 8:11-12), the Lord Jesus undoubtedly insisted on a spiritual basis for the kingdom of heaven, but without abrogating or revoking the political-theocratic-governmental aspects. Again, in order to see the kingdom established in their lifetime, the Jews of that generation had to accept Jesus as the Messiah. Therefore John and Jesus preached to Israel the necessity of repenting and turning towards Jesus Christ for a righteousness that is not only external (Matthew 3:2, 8; 4:17; 5:17-20; 12:33).

God chooses the king of Israel and He sends a prophet to announce who this person is. John the Baptist is described as ‘more than a prophet’ and, as the messenger of the King, he preached the gospel of the kingdom (Matthew 3:2; 11:9-11). The person God anointed as king (Jesus Christ) should be followed by the nation Israel (cf. Deuteronomy 17:14-15; Matthew 3:16-17; Luke 1:32-33). Did they?

Matthew shows that from even early on in this Gospel that neither the messenger (John the Baptist) nor the Christ, the Son of God, was accepted by that Jewish generation. Individual Jews came to faith in Christ, but not a representative number of Jews of that generation as a collective unit (‘this generation’ in the history of Israel). Jesus compares ‘this generation’ with children who neither wants to dance when the flute plays nor grieves when a dirge is sung (Matthew 11:16-17). Even cities did not repent (Matthew 11:20-24). The conflict between Jesus and the religious leaders of ‘this generation’ of Jews, however, reaches a climax in Matthew 12.

Jesus drives a demon from a man who was blind and mute, the crowd recognises this as a Messianic miracle and asks their religious leaders, “Is not this the son of David?” (Matthew 12:23). Because the miracle cannot be ignored, the Pharisees ascribe the work that the Holy Spirit performed through Jesus to Beelzebub, the prince of demons (Matthew 12:24). This is the unpardonable sin that ‘this generation’ in Israel committed and this sin is described as follows by Fruchtenbaum (1989:617; cf. McClain 1959:315-316; Scholtz 2014:4-5):

The content and definition of the unpardonable sin is the national rejection of the Messiahship of Jesus by Israel while He was physically present on the basis that He was demon possessed. This sin is unpardonable, and judgment was set. The judgment came in the year A.D. 70 with the destruction of Jerusalem and the Temple and the world-wide dispersion of the Jewish people. … From this point on a special emphasis is placed on this generation in the gospels, for it was guilty of a very unique sin. At this point, His offer of the Messianic kingdom was rescinded. It will not now be established in their day because of the unpardonableness of that sin.

The unpardonable sin is therefore a national sin that was committed during Jesus’ first coming by ‘this generation’ in Israel who blasphemed the Holy Spirit. This sin has far-reaching consequences but cannot be committed today. Importantly, all is not lost for the nation of Israel. Individual Jews can and are still saved, but Israel as a nation has temporarily and partially been set aside while God works through the Church (cf. Romans 11:25-27). However, the Church does not permanently “replace” Israel. God will certainly fulfil his unconditional promises to the nation Israel (cf. Romans 11:29). A future generation of Jews in the Tribulation period will accept Jesus Christ as the Saviour-King and they will say, “Blessed is He who comes in the name of the LORD!” (Matthew 23:39; cf. Hosea 5:15-6:1; Zechariah 12:10). And then the Lord Jesus Christ will come to the earth!

This is the last article in this mini series about sin. If you would like to read the original article, please visit Ariel’s website.

Sources used or referred to: