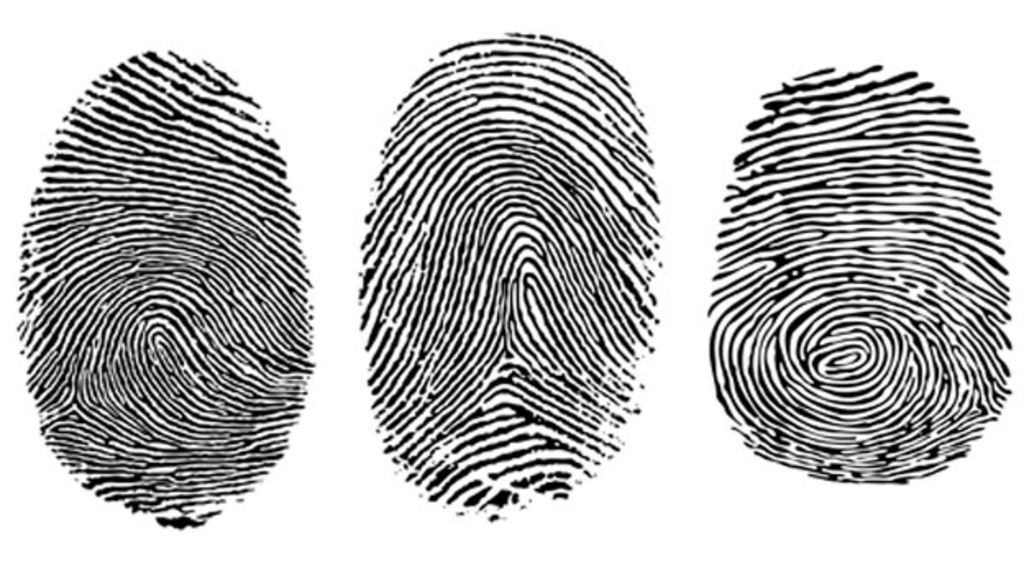 Does a woman stop being a woman when she becomes a believer in Jesus Christ? Is the employee-employer distinction erased when a person becomes a believer in Jesus Christ? If all who belong to Christ are children of Abraham, does this mean that all Abraham’s children belong to Christ? These questions are important when considering identity and specific promises that God has made to certain people.

As a reminder, a law of logic is the law of identity, stating that something is what it is: an apple is an apple. Another law of logic is the law of non-contradiction, stating that A cannot be both A and not-A at the same time and in the same sense: an apple is not a cat. If the laws of logic are adhered to, as they jolly well should be for theology is no pseudo-science, then just because someone becomes a believer does not suddenly erase the employee-employer distinction (want to try this with your boss?!), and a woman remains a woman before and after putting her faith in Jesus Christ. But some say that all religious, economic and gender distinctions between people have been ceased in Christ — and they quote Galatians 3:28: ‘There is neither Jew nor Greek, there is neither slave nor free man, there is neither male nor female; for you are all one in Christ Jesus’. But Paul did not say that all these distinctions between people have ceased, for obviously (and logically) people are still either Jews or Gentiles, slaves or free, and male or female. What this text emphasises is that when it comes to salvation, for example justification and sanctification, all believers share the same position in Christ and have the same access to God — in this, there is no distinction in Christ. If a Jew is a Jew (see the law of logic noted above), how does the Bible define a Jew?

Is a Jew someone who supports a certain religion or political party and who lives in a certain geographical area, or is a Jew defined differently in the Bible (Sibley 2002:25–27)? Since the great flood, every human being biologically descends from Shem, Ham or Japheth (Gen 10–11). The biological children of Abraham, a Semite, are obviously the ‘descendants or seed of Abraham’; therefore Ishmael, Zimran, Jokshan, Medan, Midian, Ishbak and Shuah are definitely all part of the biological descendants (or seed) of Abraham (Gen 17:18–22; 25:1–4).

The unconditional covenant that God made with Abraham was, however, confirmed with only one of Abraham’s sons, namely Isaac (Gen 17:19; 26:1–5). Isaac’s twin sons, Esau and Jacob, are undoubtedly also the biological ‘seed of Abraham’, but God confirmed the Abrahamic covenant only with Jacob, who later received the name ‘Israel’ (Gen 28:13–15; 32:28). The Abrahamic covenant was also confirmed with the descendants of Jacob, i.e. the nation Israel (Gen 50:24; Neh 9:8; Ps 105:8–11).

A Jew is therefore a biological descendant of Abraham, Isaac and Jacob/Israel (see Ger 2004:224-226). Israel is the nation that consists of Jews. According to Fruchtenbaum (2016:305–309; cf. also Ger 2004:224), the ethnic and tribal line was determined by the biological line of the father and not that of the mother, with one important exception: the Jewishness and tribal line of the Messiah was transferred by the mother through the seed of the woman — this was prophesied even before there were any human offspring (Gen 3:15; cf. also Isa 7:14; Matt 1:23). Fruchtenbaum (1989:170, 748–750) also states that the child of a Jewish woman and a Gentile man can choose whether he or she wants to be viewed as a Jew — as Timothy did and who was then circumcised in terms of the Abrahamic covenant, but not the Mosaic covenant (Acts 16:3). This definition of a Jew does not change in the New Testament. In his discussion on Romans 9–11, Blaising (2016:94) writes that ‘the term Israel here has not been resignified. Paul is speaking of ethnic Jews, “Israelites,” his “kinsmen according to the flesh”’.

Who are the Descendants or Seed of Abraham?

If someone is a biological descendant of Abraham, Isaac and Jacob, does that mean that this Jew is automatically saved from his or her sins? Nationality or religious tradition does not save any Jew (or Gentile) from his or her sins. Israel is a chosen people and elect nation (Ex 19:5; Deut 7:6–7) and Jews are special in God’s eyes (Zch 2:8). National election, however, does not mean that every individual Jew will be saved. For all times and for all people, salvation is by God’s grace alone through faith in Christ alone. The gospel of Christ is ‘a power of God for salvation to everyone who believes, to the Jew first and also for the Greek’ (Rom 1:16).

Throughout the Old Testament, leaders in Israel called on Jews to be not just biological descendants of Abraham, but also spiritual descendants of Abraham, i.e. to have their hearts circumcised, to be born again by believing in the coming Messiah. For example, read Moses (Deut 10:15–16) and Elijah (1 Kings 19:18) and see what happened in the days of Malachi (3:16). The New Testament uses the term ‘Israel’ more than 70 times, and each of these texts still refers to the covenant people of Israel (Fruchtenbaum 1989:684–690). There are different interpretations of a few of these texts. In a context where the focus is clearly on Jews (‘But if you call yourself a Jew and rely on the law and boast in God’ – Rom 2:17 and see also 3:1–8), Paul distinguishes between believing and non-believing Jews in Romans 2:28-29. Paul is merely confirming in the New Testament what Moses, Elijah and Malachi taught in the Old Testament, namely that only a remnant of the biological descendants of Jacob (Israel) are born again believers whose hearts the Spirit had circumcised.

[B]elievers from heathen nations can become spiritual children, spiritual seed of Abraham through faith in Christ. Here people are indeed called children and the descendants of Abraham based on their faith alone and without any ethnic link. But! This is not spiritualising the descent of Israel from Abraham, of the covenant of God with Israel, of the people of Israel!

Scholtz (2017:6) identifies six kinds of seed or posterity of Abraham:

Why does this Matter?

All the above is important, because God has made certain unconditional promises to Jews — and it is Jewish believers who will eventually participate in the blessings of these promises when God fulfils them all. What about Gentile believers? We participate in the spiritual blessings of the above promises, like Genesis12:3, but we do not take the physical or national promises that God made to the Jews over. Gentile believers do not replace Jews or Israel in God’s plan. Thinking we do is akin to theological identity theft. With reference to the above paragraph about the six seeds of Abraham, numbers 4 and 6 do not cancel or replace number 2.

To the question, ‘‘What about the Jews?’, a prominent replacement theologian, the late R.C. Sproul (1999:2), once answered “Here we are”. This answer is neither Biblical nor logical. There are different referents and meanings for ‘the descendants of Abraham’, but one referent or meaning (for instance the spiritual) does not cancel the other meanings or referents, or their implications (Feinberg 1988:71–73; Vlach 2010:3). After all, most cars have four wheels, but it is a logical mistake to argue that everything on four wheels are cars. Similarly, not all Abraham’s biological children belong to Christ. Believers who have no biological connection to Abraham do not share in the physical or national promises that God made to the descendants of Ishmael or Esau (see Gen 17:20; 27:39–40) — thinking that you do would be quite surprising to the Arab world. Moreover, as Fruchtenbaum (1989:702–703; my emphasis) rightly points out, non-Jewish believers who are the spiritual descendants of Abraham are not the descendants of Jacob (Israel) and they therefore do not share in the unconditional physical or national covenant promises that God made to Israel, and they do not take these over. However, non-Jewish believers do share in the spiritual covenant promises that God made in the Abrahamic covenant (Gen 12:3; Gal 3:8, 16; Eph 3:6). But again, the spiritual referent or meaning of the ‘descendants or seed of Abraham’ does not cancel, change or transcend the other referents or meanings of this concept. A Jew is a biological descendant of Abraham, Isaac and Jacob. Israel is the nation that consists of Jews. Only a remnant of Jews are believers — and these Jewish believers are the Israel of God (cf. Gal 6:16).

The idea for the title of this post is from the Spring 2018 magazine of Ariel Ministries:
Hedrick, G, ‘Guard yourself against identity theft. Who is the Israel of God in Galatians 6:16?’, pp. 16-24. The article is available at: www.ariel.org/pdfs/magazine/spring-2018.pdf

Blaising, C., 2016, ‘Biblical hermeneutics: How are we to interpret the relation between the Tanak and the New Testament on this question?’, in G.R. McDermott (ed.), The New Christian Zionism: Fresh perspectives on Israel and the land, pp. 79–106, InterVarsity, Downers Grove.

Cranfield, C.E.B., 1979, A Critical and Exegetical Commentary on the Epistle to the Romans, volume II (ICC), Clarke, Edinburgh.

Feinberg, J.S., 1988, ‘Systems of discontinuity’, in J.S. Feinberg (ed.), Continuity and Discontinuity: Perspectives on the Relationship between the Old and New Testaments, pp. 63–88, Crossway, Wheaton.