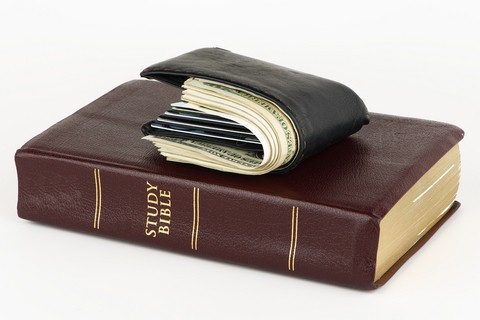 What are the Biblical Principles of Giving?

Giving is a facet of a larger subject called stewardship. According to James 1:17, God owns everything because He is the Creator, Maker and Giver of all things — so when we give, we are merely giving back a portion of what belongs to God anyway. Our stewardship towards God includes everything that we have been given and how we use this on behalf of the Lord and for the Lord’s work. We are stewards of the abilities, spiritual gifts, knowledge, money, in fact, everything that we have been given — but today we focus only on the Biblical principles of giving. This giving is only one facet of our stewardship.

There are five basic principles of Biblical giving.

Paul deals with eight points relating to giving in 2 Corinthians 8:1-15. First, poverty is not an excuse not to give. Look at the Macedonians: out of their poverty they still practised grace giving (2 Cor 8:1-2). Second, giving is an opportunity to be sought and chased after! (2 Cor 8:3-4). Third, give yourself first to the Lord (2 Cor 8:5). Fourth, giving is proof of your love of God (2 Cor 8:6-8). Fifth, Christ is the example of a great giver (2 Cor 8:9). Sixth, be willing to make a pledge and more willing to fulfil it if God provides (2 Cor 8:10-11). Seventh, give willingly (2 Cor 8:12). Our willingness makes it acceptable to God. However, if we give grudgingly, it may help the one who receives it, but it does not put the giver in good standing before the Lord. It is better not to give than to give grudgingly. Eighth, do not give to the point of poverty but to the point of equality (2 Cor 8:13-15).

Paul provides seven principles relating to giving in this passage. First, what you sow you will reap (2 Cor 9:6). If you sow bountifully, you will reap bountifully (but the inverse is also true: if you sow sparingly…). Second, give as you purposed in your heart to give, but not grudgingly (2 Cor 9:7a). Third, God loves a cheerful giver (2 Cor 9:7b). Giving should be done with a cheerful attitude, even hilariously (the Greek word means “hilarious”). Fourth, God will supply the giver’s needs (2 Cor 9:8-11). Fifth, giving is a form of worship of God (2 Cor 9:12). Sixth, a believer’s giving is proof of one’s love for God and it brings glory to God (2 Cor 9:13). Seventh, giving is a form of fellowship with other believers who are not present (2 Cor 9:14).

Thanks be to God for his unspeakable gift (2 Cor 9:15). What is God’s unspeakable gift? The gift that God gave was His own Son, who became poor so that believers might become spiritually rich. That is the greatest gift that God can provide. God provided salvation, but it cost Him something; it cost Him the life of His Son. The giving of believers may cost us something, but just as God’s sending His Son was a measure of His love for the world (John 3:16), so the believer should be proving his or her love for God by giving as well.