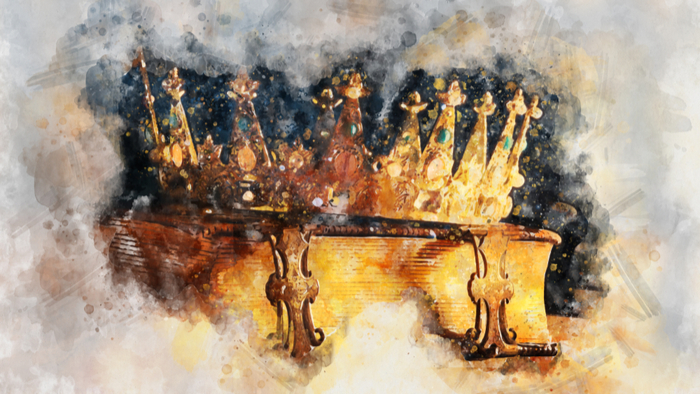 When Shall the Kingdom be Restored to Israel?

During the 40 days between his resurrection and ascension, Jesus appeared to his apostles and spoke to them about the kingdom of God (Acts 1:3). On the day of ascension, the apostles asked Jesus, “Lord, will You at this time restore the kingdom to Israel?” (Acts 1:6; NJKV; cf. also NASB, ESV). Jesus said to them, “It is not for you to know times or seasons which the Father has put in His own authority” (Acts 1:7). What can be deduced from this question and answer?

After receiving teaching about the kingdom for 40 days, the apostles asked a question about timing: “Lord, will You at this time…” Jesus’ answer therefore focused on timing. ‘It is not for you to know times or seasons which the Father has put in His own authority’ (Acts 1:7). The apostles simply asked a question as to when the kingdom will be restored to Israel – and they received an answer that it is not for them to know the timing of this future event. The answer is that the Father determines when the kingdom will be restored to Israel. Nothing in Jesus’ answer suggests that the apostles’ understanding of the kingdom was wrong – the apostles had just received 40 days of teaching about the kingdom.

Restore the Kingdom to Israel

One can deduce from the apostles’ question that the kingdom has something to do with Israel. After all, the apostles asked when the Lord will ‘restore the kingdom to Israel’ (cf. Acts 1:6). Furthermore, it can be deduced that this kingdom had a manifestation in Israel’s history, for you cannot ‘restore’ that which had never existed before.

Who will Restore the Kingdom?

The kingdom that will be ‘restored’ to Israel is the theocratic kingdom. The theocratic kingdom is God’s rule over Israel, which began at Mount Sinai and came to an end with the Babylonian captivity. When Christ returns to earth, He will establish the Messianic kingdom – and that kingdom will include the restoration of Israel’s theocracy. This explains why the apostles asked when the Lord will restore the kingdom to Israel (cf. Acts 1:6).

The Messianic or millennial Kingdom

Israel is not an end in itself, but Israel is and remains important in God’s plan. In fact, Israelology – the doctrine of Israel – is a subdivision of God’s larger plan with the nations. The reference to nations occurs for the first time – and in a positive sense – in Genesis 10:5, 20, 31 and 32. Paul writes that God made the nations to inhabit the whole earth: ‘And He has made from one blood every nation of men to dwell on all the face of the earth, and has determined their pre-appointed times and the boundaries of their dwellings’ (Acts 17:26). Nations are part of God’s plan (Deut 32:8-9; Acts 17:26) – even in the eternal order there will still be nations (Rev 21:24). Because Israel is the chosen nation, it remains inextricably linked to God’s plan for the nations (cf. Rom 11:1-2, 11, 29). Within the chosen nation of Israel, the tribe of Levi must represent Israel before God, but as a “kingdom of priests” Israel must represent the other nations before God (Ex 19:5-6).

‘When the Son of Man comes in His glory, and all the holy angels with Him, then He will sit on the throne of His glory’ (Mat 25:31). ‘Then the King will say to those on His right hand, Come, you blessed of My Father, inherit the kingdom prepared for you from the foundation of the world’ (Mat 25:34). At that time Christ will sit on the Davidic throne and it is the Lord Jesus Christ who will establish the kingdom on earth – it will not be established by Israel, the Church or various church denominations. The Messianic kingdom does not already exist; believers will only inherit the kingdom when Christ returns to the earth. Then the Lord will restore the kingdom to Israel (cf. Acts 1:6).